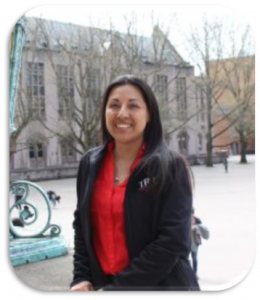 Dina Ibarra serves as Director for the University of Washington TRIO Educational Talent Search (UW ETS). Dina has been working in higher education for over 10 years, working primarily with underrepresented, first generation and income eligible students. Her prior experience has been working with the College Assistance Migrant Program (CAMP) at Heritage University (HU) and as an Assistant Director for Enrollment Counseling at Washington State University (WSU). In her professional work, Dina has worked with hundreds of students and families in central Washington in assisting them in achieving their dream of going to college. In 2017, Dina joined University of Washington’s Office of Minority Affairs and Diversity (OMA&D) as the TRIO UW ETS Director. Dina also became involved with the Washington State TRIO State Association (WSTA) in 2019 supporting the state Mentorship Initiative Program and is currently the State President (2020-2021). Like OMA&D’s mission, Dina’s work revolves in creating pathways for diverse populations in creating access to postsecondary opportunities through support and guidance, the reason why she was excited to take the position at UW.

“I enjoy working with TRIO and UW OMA&D, as our work goes hand-in-hand.” -Dina 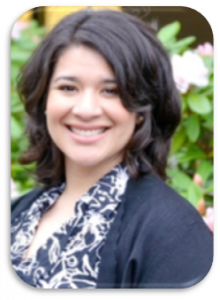 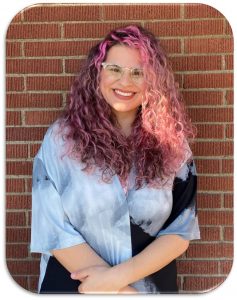 Catalina Alvarez-Villanueva, who goes by Catti, grew up in Sunnyside, a majority Latinx city in the fertile eastern Washington valley known for apple orchards, vegetables and hops. Her parents, migrants from Mexico, divorced when she was young. Her mother works as a hairdresser, and her father worked in agriculture.

Alvarez-Villanueva struggled in high school and sometimes skipped class. With her boyfriend, Joseph Villanueva (now her husband), she became pregnant her senior year. She remembers a difficult conversation with her Papi (father) who made her promise to go to college. She attended Yakima Valley College (YVC) Grandview for two years and was encouraged to enroll at UW Bothell. At UW Bothell she majored in Society, Ethics and Human Behavior, and graduated in 2013. Immediately after graduation Alvarez-Villanueva enrolled in the Master of Education program. She also continued working for the University in positions that advanced her career. As an undergraduate, she was an admissions adviser and recruiter, with a focus on rural, low-income students who would be the first in their families to earn a four-year college degree. As a graduate student, she worked for the College Assistance Migrant Program at the University of Washington in Seattle. After receiving her M.Ed. in 2015, Alvarez-Villanueva returned to the Yakima Valley as the site director for the Ready to Rise program, which mentors Yakima Valley high school students.

Since June of 2018 she has been the director of TRIO Upward Bound, at YVC. The program helps high school students from Sunnyside, Granger, Wapato and Toppenish make the transition to college. Catti enjoys assisting students with the college process and getting students to think deeper about their post-secondary plans. During her free time she enjoys watching her son play sports and relaxing when possible. 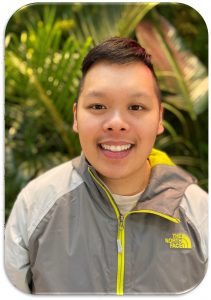 Tony Au is a Seattle native and product of the University of Washington Upward Bound Program. As a current TRIO professional, he views his current role as a great opportunity to both move Upward Bound’s work forward and pay it forward, supporting students in similar ways he was supported as a low-income, first-generation high school student. Tony graduated from the University of Washington with a Bachelor’s in Business Administration (Specializations: Information Systems & Human Resources Management). He then obtained his Master’s in Education in College Student Services Administration (Concentrations: Leadership & Social Justice) from Oregon State University. Before coming back to TRIO, Tony spent a number of years working in housing/residence life, starting off as a Resident Advisor in college and later becoming a full-time Resident Director working directly with college students to support their development and success in the residence halls. In his spare time, Tony enjoys spending time with his nieces and nephew, going on “walks and talks” with friends, and listening to Mariah Carey. 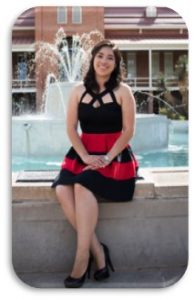 Veronica Guadarrama was a first-generation, low-income student who grew up in Royal City, Washington. Her parents dreamed for her to attend college. With the help of TRIO Upward Bound, she attended Central Washington University. While at Central, she participated in CAMP, TRIO SSS, and McNair Scholars Programs. These programs helped her navigate college and obtain her degree. Even though Veronica obtained her bachelors in Secondary Math Education, she decided higher education was her path. So, she moved to Tucson, Arizona to pursue her masters in Higher Education at the University of Arizona. After her master’s program she moved back home and started working at Big Bend Community College as the STEM Center Coordinator. Then, December of 2018, she was hired as the TRIO SSS Director at Big Bend Community College. August 2020, BBCC was awarded a TRIO STEM grant. Both TRIO SSS grants are now under her prevue. Veronica loves her job because she is helping others achieve their academic and career goals. At the Washington state level, Veronica has served for two years as the East Representative and the Chair of the Washington State Mentor Initiative Program for New Directors. 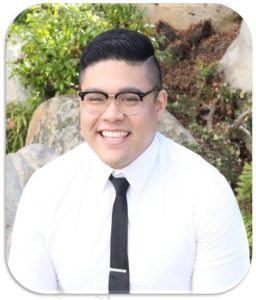 Jimmy was born and raised in Tacoma, Washington as a first-generation and low-income college student. Growing up, he never really envisioned himself as a scholar or someone who had college potential and was fully ready to go into the work force after graduating from high school. Jimmy began to realize his potential as a student when he joined the Upward Bound TRIO program at the Evergreen State College. Through the support of his mentors, he was accepted to the University of Washington and completed his undergraduate degree in American Ethnic Studies. While at the UW, he discovered his passion for research through the McNair scholars program. Jimmy is currently finishing up his Master’s in Social Justice and Equity in Education at San Francisco State University while working as an academic counselor for the TRIO program that supported him through college. His passion and purpose is to support students who come from similar backgrounds to his own and give back to the communities and programs that helped empower him as a student and professional. TRIO WORKS! 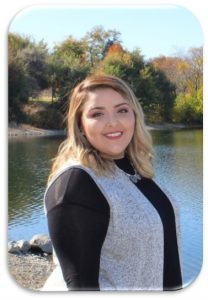 Stephanie Arciga is the Director of Heritage University TRIO Student Support Services Program. She earned her Bachelors of Social Work at Heritage University and Masters of Education with a concentration in Education Leadership at Concordia University. In her prior work to TRIO, Stephanie worked in the secondary education system where she worked with at-risk students and provided services to encourage at-risk students to strive for a diploma and continue into higher education. Within TRIO, Stephanie has served on the Civic Leadership Conference Committee, Washington State Professional Development Conference Committee, and has held the WSTA East Representative position in 2018-2019, and currently holds WSTA Alumni Partner board position. Stephanie has a passion for working with young adults and allowing them to pursue their dreams. 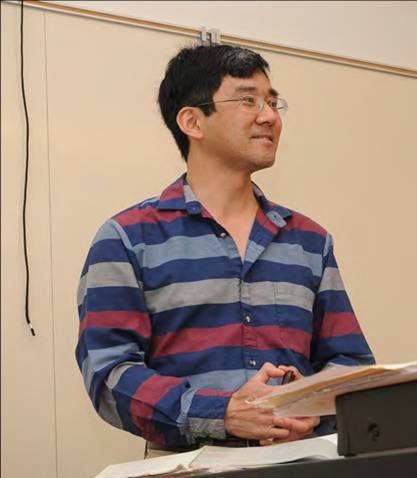 Kenji has been one of the Student Support Specialists at Grays Harbor College since January 2020. He grew up in southern California, but has lived around the world as a result of a 20-year career in the U.S. Air Force. He received a Bachelor’s of Science Degree in Engineering from the U. S. Air Force Academy in Colorado. He also earned a Master’s of Science Degree in Management from Troy University while stationed in South Korea. He is currently working on a Doctor of Education Degree from the University of Washington – Tacoma. Kenji has worked at Grays Harbor College since 2008 as a adjunct math/engineering instructor, tutoring center coordinator, and of course, in TRiO. Kenji states that TRiO has been the most rewarding job he has ever had. 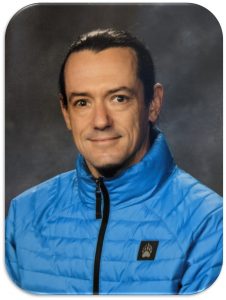 Alex Eppel attended UC Santa Cruz and graduated in 1999 with a Bachelor of Arts in Women’s Studies. He spent  six years living in South Africa and working in youth and leadership development. He is trained in outdoor based experiential facilitation and enjoys creating adventures in learning for students. He is excited to bring that experience and a passion for unlimited growth to all the Upward Bound students on their journey towards college and beyond. Alex serves as the academic coordinator for Tonasket High School students.